The EllaLink subsea cable will connect to data centers in Madrid and Sao Paulo, as well as in Lisbon, using shielded fiber rings, officials said on Monday. The cable will also connect the archipelagoes of Madeira, Spain's Canary Islands and Africa's Cape Verde along the route, they added.

At an event in Sao Paulo, Spanish Prime Minister Mariano Rajoy said the venture to build the first subsea fiber optic cable linking Europe to Brazil should help improve data security and privacy by routing calls and internet navigation outside the reach of the United States.

Documents leaked by former U.S. spy agency contractor Edward Snowden in 2013 showed the U.S. National Security Agency had tapped Rousseff's telephone calls and those of millions of other Brazilians.

The 9,200 km-long (5,700-mile), 72-terabytes-per-second- capacity subsea cable is about seven times the size of existing communications capacity between Latin America and the rest of the world, said Alfonso Gajate, president of EulaLink, one of the partners in the venture. No cost estimates were provided.

The only existing direct link between Europe and South America is a 20-Gb copper cable laid in 1999 by a consortium of voice operators. 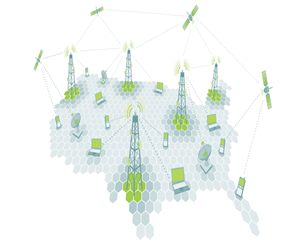